Top 5 Reasons to Get Your Medical Cannabis Recommendation

Despite the legalization of recreational cannabis, it’s still a good idea to get your medical marijuana recommendation. When California first permitted cannabis for medical use in 1996, it instantly became the most liberal pot region on the entire planet. Not even in Amsterdam could you legally grow an unlimited number of plants. And of the 48 states that have some form of legal cannabis, only California allows its citizens to ride around with up to 4.5 pounds in their trunk – a generosity that is extended only to those who have their mmj recommendation.

When a measure to permit recreational cannabis California got on the ballot, many in the already legal medical industry understandably saw it as a step back. California already allowed anyone who wanted one to obtain an mmj recommendation, and with a list of ailments that includes literally any condition “for which marijuana provides relief” – yes, that means something as benign as headaches, lack of appetite, and insomnia – they didn’t even have to lie to get it.

Now that the recreational market is in full swing, many still prefer to keep their medical recommendations active. And for good reason.

Cultivation and possession limits
Beyond the eye-popping difference in possession limits – a single ounce for recreational flower, compared with anywhere from eight ounces up to 4.5 pounds for those who have an mmj recommendation – cultivation limits also favor those who grow for medical use. Recreational growers may cultivate just six plants per property (not per person), versus whatever can fit into a 100-square-foot space for those who have an mmj recommendation. (And some jurisdictions allow more.)

Lower taxes, higher potency
Medical use also saves cannabis consumers on taxes, with recreational taxes being substantially higher. And the law limits the potency of some recreational products, while allowing medical cannabis to contain far higher levels of THC. 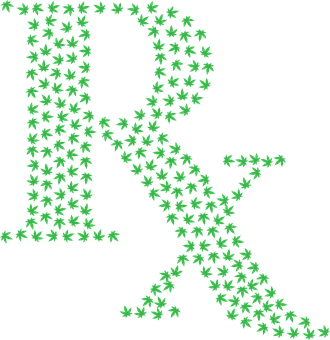 Meanwhile, medical pot dispensaries are permitted to operate across the entire state whether a local jurisdiction likes it or not. That means medical cannabis consumers have access to more than 1,500 dispensaries – compared with just 358 recreational.

And you only need to be 18 to access medical cannabis, as opposed to 21 for recreational.

Plus, if you have your mmj recommendation, you’ll get to take advantage of special patient programs like ours in partnership with “Dear Cannabis” – a network of cannabis companies coming together to donate free products for patients in need.

Considering that even recreational cannabis is often used to self-medicate conditions that Western medicine typically treats – be it anxiety, low libido, or just to enhance and regulate mood – some of the most prominent figures in the cannabis industry already suggest that all cannabis use is really medical (or at least for wellness), anyway. So why not take advantage of the plethora of benefits available only to those who have a medical recommendation? Challenge the stigma that medical cannabis is only for people with terminal or chronic illness and show the world that cannabis is for physical, mental and spiritual wellness across the board.