Evolution of Sinsemilla: The Origins of Modern Cannabis

If you were born any time after 1990, then you may not know that cannabis used to be a stemmy, seedy shit-show of epic proportions. It regularly looked like someone mowed their lawn and stuffed the clippings in a plastic bag. It wasn’t uncommon to end up with more seeds than actual weed. We were just happy if it was green – most of the time it was a dreary dark brown. Cannabis around the world used to be almost exclusively like this. And we were glad to have it because that’s all there was. Then came sinsemilla. And it completely revolutionized cannabis as we know it.

Sinsemilla, or “without seed” – the seedless cannabis we know and love – is a result of the lovelorn plight of female plants raised in isolation from their male counterparts. Lovestruck and yearning, the females secrete hundreds of thousands of mouth-watering, sticky-icky resin glands in hopes of attracting the pollen they long for, as they languish in the fields, waiting in vain for pollen that will never come. But their plight is our pleasure: that frosty resin, those dank little diamonds, hold the high levels of THC that have changed the weed game for the better and forever.

No one knows for sure where the impetus to isolate female plants came from – most likely Southeast Asia, where cannabis itself originated and has been a source of human enjoyment for some 20,000 years. After all, it is not a unique phenomenon – the same concept has been applied to hops plants in the context of brewing beer for about 1,000 years. But the sinsemilla that characterizes cannabis genetics today seems to have originated in the highlands of southern Mexico. 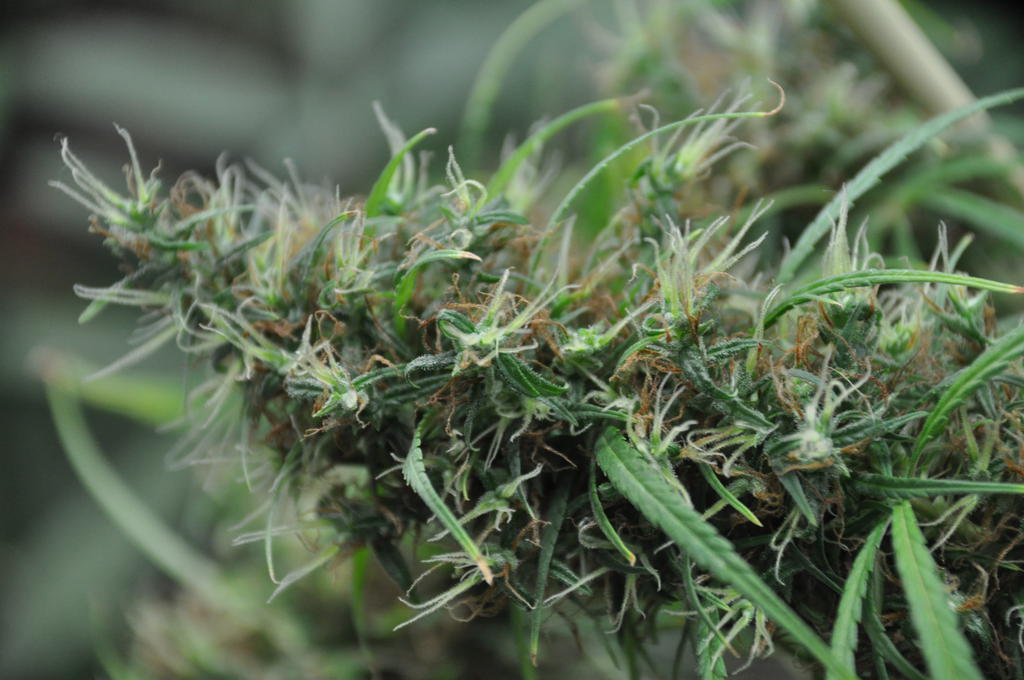 Seeds in the early days of West Coast cannabis production came primarily from strains from the State of Oaxaca in Mexico, not far from the border of Guatemala. Half a century ago, the fabled Oaxacan Highland Gold strain was cultivated by small-scale Oaxacan farmers using landrace genetics that had grown in the region for at least a hundred – if not several hundred – years. It was imported into the U.S. as primo weed that rivaled Colombian Gold, Panama Red, and Jamaican Lamb’s Bread as one of the most heady strains available. Because it came from Oaxaca’s mountainous region, well hidden from neighboring pollen, seedless cannabis was occasionally, though not necessarily intentionally, produced.

In the early 1970s, a handful of American growers began to grow sinsemilla, and by the mid ’70s, it was the primary style of cultivation. Sativas bred in North America in those early years were a cross between faster-finishing Mexican or Jamaican landraces and more potent, but longer-finishing Panamanian, Thai, and Colombian landraces. Repeated inbreeding of these original hybrids created some of the most legendary sativas of the 1970s: Maui Wowie, Big Sur Holy Weed, Original Haze, Purple Haze, Eden Gold, Kona Gold, Polly, Three Way, and Matanuska Thunderfuck.

At the same time, hippies were trekking overland from Europe to India, passing through places like Afghanistan and Pakistan, and they came back to North America with literally the grooviest souvenirs: indica seeds. Chief among them were Hindu Kush, Afghani No. 1, and Mazar-I-Sharif. By the early ’80s, due to their short finishing time, the overwhelming majority of commercial cannabis grown in North America likely contained indica genetics, and the pure sativas that had been so popular just a few years earlier were harder and harder to come by. Even now, very few pure sativas are cultivated commercially, since their long finishing time results in higher costs and risks. 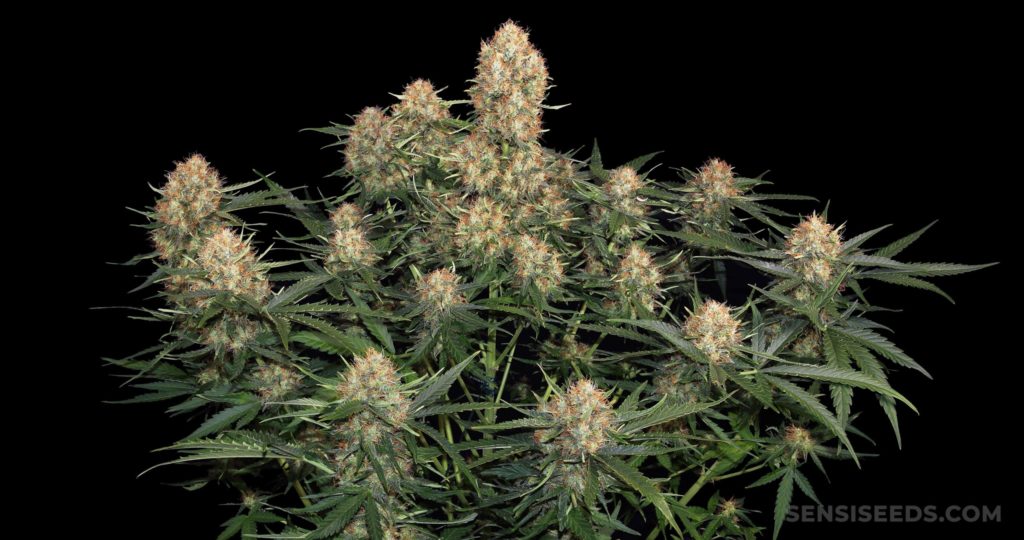 To this day, North American cannabis is a blend of sativas that came from South Asia and spread throughout Africa and North and South America, and indicas from Central Asia and the Middle East. And some of those hybrids formed the basis for some of the most popular strains in modern cannabis. Skunk No. 1 (Colombian Gold x Acapulco Gold x Afghani) is a stellar example. This sativa-leaning hybrid gave rise to strains like Jack Herer, Green Crack, and UK Cheese. Northern Lights (Afghan indica/Thai sativa) is another. You’ve probably encountered this indica-dominant hybrid in Hash Plant, Shiva Skunk, and Super Silver Haze.

During the early 1980s, amid the Reagan-era “Just Say No” campaign and the massive crackdown that ensued, growers in North America were forced even farther underground and the breeding baton was passed to their Dutch counterparts who enjoyed much more freedom. Almost all  Dutch varieties therefore contain genetics brought over from North America, and the most prolific of these came from California: Original Haze, Hindu Kush, Afghani No. 1, and Skunk No. 1, which ignited and instantly revolutionized the Netherlands’ high-quality homegrown scene when it first arrived in Holland in the late-’70s. Even today, almost half the strains sold by Dutch seed companies have Skunk No. 1 in their lineage.

Another staple of the cannabis gene pool is Original Haze, a pure sativa from Central California. Haze found worldwide notoriety in 1984 when Sam the Skunkman moved to Holland, taking the Haze genetics with him. How this strain became hybridized is unique even among the fabled origin stories of cannabis. It was stabilized from crossing all the best females with a male of a different imported sativa variety each year. The first crop saw a crossing of male Colombian/Mexican hybrids grown from seed, followed by pollen from a South Indian male plant the second year, and a Thai male plant the third year. Depending on which year the Haze seeds were collected, they resembled either Colombian, South Indian, or Thai plants. As a result, Original Haze can vary in taste from citrus Thai, the spicy Colombian flavor of Dutch Haze strains, and the whole spectrum of sativa notes. Today, Original Haze is in the family tree of around 15 per cent of Dutch varieties. 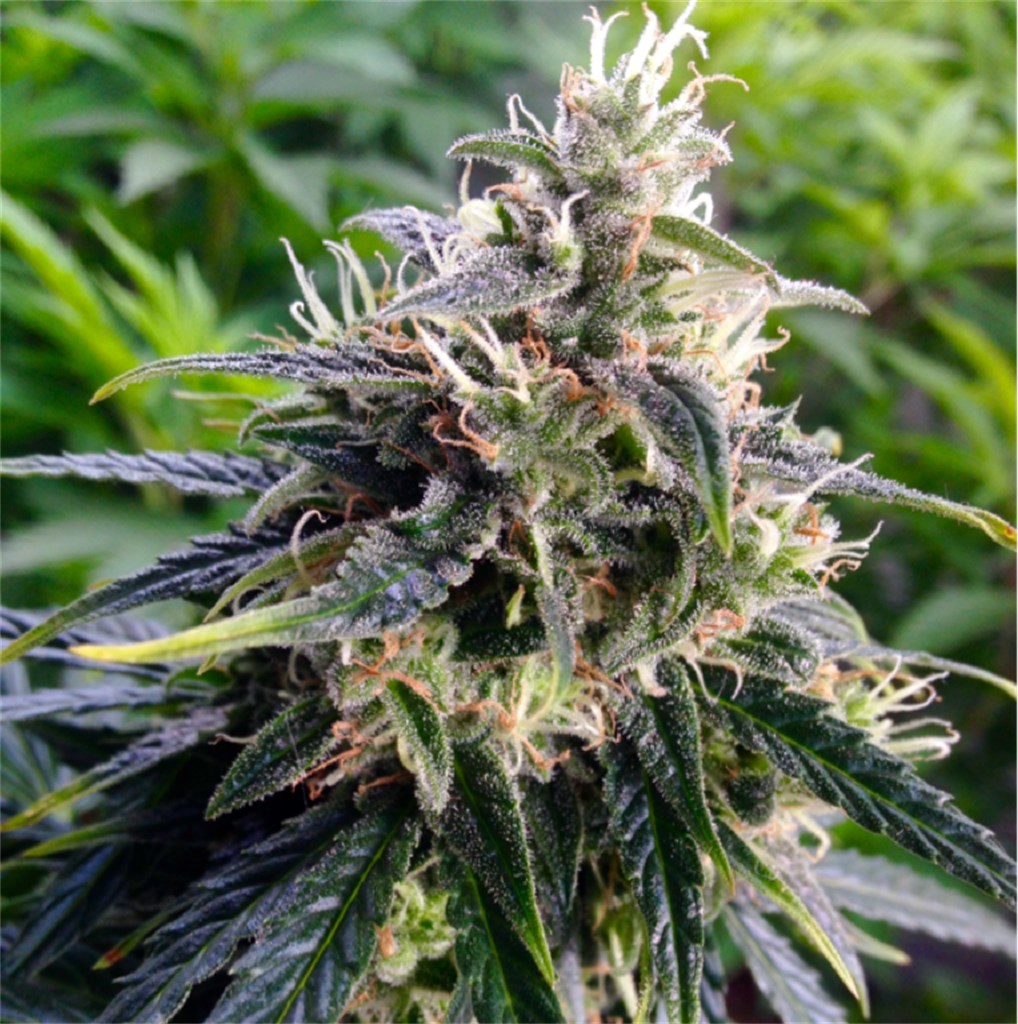 Northern Lights is another strain that was well established in the Pacific Northwest before it arrived in Netherlands around 1978. By 1980, this cultivar had begun to incorporate Skunk No. 1 and Haze into the mix. Northern Lights was mostly crossed with other plants to pass down its super frosty resin appearance. Currently, Northern Lights can be found in at least 10 per cent of Dutch strains.

The swapping of genetics, breeding and innovation continues at an exponential pace with legal markets popping up all over the place. We can’t wait to see what’s on the horizon. And that, in a nutshell, is the evolution of sinsemilla. So, if you didn’t know, now you know…